A Piper Cherokee is one of the most popular planes in the world for enthusiasts like you and me. Here’s how much it costs to own a Piper Cherokee.

Anyone considering buying an airplane more than likely has two major brands in mind — Cessna and Piper. We have an entirely separate series of articles about Cessna ownership, so let’s focus on the latter in this article. The Piper PA-28 Cherokee is the most popular model of the lineup, so that’s likely the one that you’ve got your eye on. Here’s everything you want to know about the total costs to own a Piper Cherokee.

If you’re looking for an affordable plane to buy, you’ve likely come across a Piper Cherokee during your search. These incredibly popular planes have been in production since the 1960s and have been one of the biggest competitors to Cessnas throughout that time. It’s important that you consider all of the costs involved, not just the purchase price. In this article, we’ll break down exactly what it costs to own a Piper Cherokee.

SkyTough was made by enthusiasts for enthusiasts. Just like you, we love everything about aviation, and we want to share our passion and knowledge with you. When you visit this site, our number one priority is ensuring that you find nothing but the best, most accurate information that you’ll find on the web. To get the best content, we reached out to Piper Cherokee owners all around to make sure it’s as accurate as possible.

If you’re excited about buying a Piper Cherokee — which you totally should be! — don’t get caught up in the purchase price alone. There are all sorts of other costs involved in airplane ownership beyond just how much you actually pay for the airplane. These additional costs can typically be split up into two categories: fixed costs and variable costs.

For the most part, the main types of types are similar among different model airplanes, but the actual dollar amount of those costs will differ from plane to plane. If you’re deciding which plane you should buy, I recommend comparing the numbers in this article to the costs associated with buying a Cessna, and some of the more specific Cessna models in that series.

Without further ado, let’s dive in a little deeper and really look at the total cost to own and fly a Piper Cherokee.

As the name implies, fixed costs are those that don’t really change over the course of ownership. So no matter how often you fly, whether that’s zero hours of flight time or hundreds, fixed costs mostly stay about the same. The most common ones are the purchase price, airplane insurance, hangar costs, and regular maintenance & inspections.

Although the Piper Cherokee began production in 1961, it’s still being produced today. Buying a brand new Cherokee will set you back about $260,000 to $280,000. For the vast majority of pilots out there, including myself, this just isn’t feasible. Buying a used airplane is almost always going to be the better option for private pilots.

In fact, a Piper Cherokee is one of the cheapest planes that you can buy and fly. For a used model that’s airworthy and ready to fly, you can expect to spend just around $20,000 to $22,000. This will typically get you an older model, but saving $250,000+ is well worth it!

Insurance Cost For A Piper Cherokee

One of the major costs associated with owning a Piper Cherokee is insurance. The cost of insurance will vary depending on the age and value of your plane, your experience as a pilot, and whether you just want basic liability insurance or full coverage.

Cost To Store A Piper Cherokee

Another big expense when it comes to owning a Piper Cherokee is hangar fees. Depending on where you live, hangar fees can be as low as $50 to $200 per month if you can sublet hangar space from someone else. If you’re forced to rent your own hangar from the airport, the cost goes up significantly and typically ranges from $200 to $400 per month.

Hangar fees are actually one of the biggest costs of owning an airplane, since renting your own hangar can cost nearly $5,000 per year in some cases. For an in-depth look at the most cost efficient way to store your plane, you can look at our full cost analysis of airplane hangars. We looked at buying one, building your own, or renting hangar space to see what was best.

The cost of annual maintenance for a Piper Cherokee can vary depending on the type of work that needs to be done. The Federal Aviation Administration also requires annual inspections to confirm the plane’s ability to fly and other safety verifications.

Generally, you can expect to pay between $500 and $2000 per year. This includes things like tire replacement, airframe inspections, avionics repairs, and more.

The other main types of costs associated with owning and flying an airplane are variable costs. As you can probably guess, variable costs change depending on how often you fly your plane. For the most part, the more time you spend in the air with your Piper Cherokee, the more you’ll have to pay for variable costs. The most common variable costs are fuel, oil changes, and engine overhauls.

Fuel Costs For A Piper Cherokee

The cost of flying a Piper Cherokee depends on the type of fuel you use. The most common type of airplane fuel, Avgas 100LL, goes back and forth a bit but typically hovers around $5 per gallon. With the Cherokee’s average fuel burn of about 7 to 8 gallons per hour, it costs roughly $35 to $40 per hour in fuel costs alone to fly. As the price of fiel changes, this hourly rate will of course change right along with it.

Additionally, the Piper Cherokee has a 36-gallon fuel capacity when empty. So depending on the current price of aviation fuel, it costs between $150 to $200 to fill up and that will last you about 4 to 5 hours worth of flight time.

Another cost to consider is the expense of maintaining your aircraft. The Piper PA-28 Cherokee requires an oil change roughly every 50 hours or every 4 to 6 months, whichever one comes first. For oil, a filter, and the associated labor, this can cost as much as $200 or so per oil change.

If you’re mechanically inclined and able to do the labor yourself, you can save quite a bit on oil changes. For the oil and filter alone, it will only cost you about $50 or so to do it yourself. Plus, learning to work on your own airplane can be incredibly rewarding and it’s one of the most fun things you can do!

Owning a Piper Cherokee can be expensive, especially when it comes to engine overhauls. Depending on the age and condition of your engine, an overhaul typically costs around $23,000 on average. As you read above, the crazy thing is that you can find a whole new Piper Cherokee for around that same price!

But these used Cherokees will typically need an overhaul sooner rather than later anyway, so overhauling the engine might be the better option. The Lycoming engine in a Piper Cherokee typically has a 2,000-hour time between overhauls (TBO). This equates to roughly $11.50 per hour to fly in terms of engine overhaul costs alone. 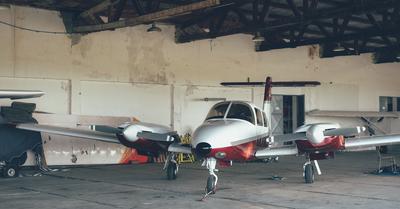 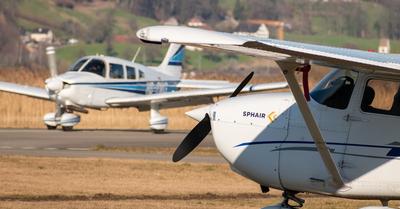 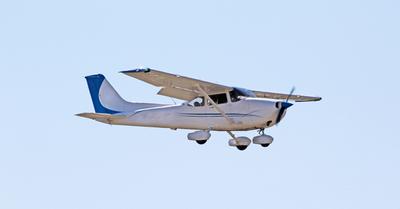