The Differences Between Part 61 And 141 Flight Training

Choosing the right flight school for your pilot training can have a huge impact. Determine if Part 61 or Part 141 is right for you in this expert guide.

Anyone that’s been thinking about going to flight school and learning how to become a pilot has probably seen all sorts of stuff out there about Part 61 and Part 141 schools. When I first got into flying, I had no idea what any of that meant or how it affected me. But now that I’m in the position I’m in and I have this platform, I want to help you figure out which one is right for you.

Part 141 flight schools are typically better for students that want to make a career out of flying thanks to a more structured training curriculum and faster completion. Part 61 schools are usually more affordable and have a much more flexible training schedule, which is great for private pilots.

There is a lot of information to take in when researching the differences between Part 61 and Part 141 flight schools. It can be hard to decide which route is right for you as a pilot-in-training. In this article, we will break down the key points so you can make an informed decision about what school is best for your needs. By the time you're done reading this, you should have a much better idea about which type of flight school is best for you.

The team at SkyTough is proud to continue producing the best aviation content that we can for all of our readers by providing the most accurate information possible. For a topic like this one, we’ve all personally had to deal with it, and we’ve also taken input from other pilots and enthusiasts who’ve been in your shoes. So get ready to know which school is your best choice!

Before we can get into the details and the specifics about each of the two types of pilot training, let's start from the beginning and take a look at what Part 61 and Part 141 are in the first place. After all, "Part" doesn't really sound like any sort of actual flight training on the surface, right? So what's with this weird naming scheme?

Like most things in aviation, this goes back to our old friends at the Federal Aviation Administration (FAA), which regulates just about everything to do with flying. As a federal agency, the FAA adheres to the Code of Federal Regulations (CFR), which is a compendium of all the rules and regulations that govern different aspects of the country. The CFR is divided up into 50 different Titles. These titles are then split up into different Parts, with each Part covering a specific topic.

Title 14 of the CFR is called 14 CFR Aeronautics and Space, and it is the overarching codification that governs flying in the United States. Within 14 CFR, we have all the various Parts that you will likely become at least slightly familiar with as you journey towards becoming a pilot. As you certainly know by this point if you're reading this article, Part 61 and Part 141 of 14 CFR deal with flight training and flight schools, but what's what?

Before we get into the details, let me preface this by saying that if you're working towards earning your Private Pilot License (PPL) so that you can just fly around on your own, the differences below aren't nearly as noticeable, though they're still there. Also note that no matter which type of flight school you attend, your license or certificate you earn at the end when you get your wings is the exact same.

With that in mind, let's take a look at some of the biggest differences between the two including flexibility in training, which one costs more, which type is faster or easier, and who each type of flight school is better for.

The biggest difference between Part 61 and Part 141 flight schools is that Part 141 schools have FAA-approved curricula and much more oversight. In order for these flight schools to be Part 141 certified, they must submit a structured, regimented syllabus to the FAA for approval. This curriculum must meet very specific standards, which means that the training is much more standardized than at a Part 61 school.

Conversely, Part 61 flight schools can design their own curriculum without needing to get the same level of approval from the FAA. This gives these schools much more freedom and flexibility when it comes to how they structure their training, and students are able to much more freely come and go as they please.

This especially becomes evident if a student ever wants to transfer from one type of flight school to the other. In most cases, a student who's studying and training at a Part 141 school will have no issue transferring their credits to a Part 61 school, but the reverse is not always true. If a student is training at a Part 61 school and wants to switch to a Part 141 school, they may have to start their training over from the beginning.

So if you're looking for a more flexible training schedule, then you'll probably want to look into a Part 61 school.

Since one of the most common things that student pilots think about is how much it costs to get a pilot license, let's tackle the element of cost next. Recall from the section above where I mentioned that Part 141 schools have to have their curriculum approved by the FAA and that they require much more FAA oversight. Well, this extra oversight comes with a price tag.

Part 141 schools are typically more expensive than Part 61 schools since they have to meet additional requirements, which costs the flight school more money. In addition, the curriculum at these schools is usually much more comprehensive since it has to meet strict FAA guidelines, meaning that you'll likely have to pay for more flight time.

Just like any other business, any additional costs that are passed onto the flight school will trickle down and be passed onto you, the student. So you can typically expect to pay more for Part 141 flight schools. But it certainly isn't just a waste of money, since you'll get a more structured curriculum to learn from and your credits are far easier to transfer to other schools. On top of that, there's another bonus to Part 141 training: speed.

Which Training Can You Finish Faster: Part 61 or Part 141?

As I just hinted above, you can typically finish your flight training at Part 141 schools a bit quicker than you can finish it at Part 61 flight schools. This again stems back to the fact that there is a tighter curriculum and syllabus that the schools must follow during their training programs. For the student, this typically means fewer hours are required to meet the same goals.

If you're just trying to get your wings and earn a PPL, you'll need a minimum of 40 hours of flight time. This is standard in the industry and is also the minimum for Part 61 flight schools. But if you learn at a Part 141 school, the minimum number of hours is reduced to 35. While that might be worth taking into consideration, just know that most student pilots end up with 60-70 hours of flight time anyway, so it's not as important as you might think.

If you want to become a commercial pilot though, the flight time requirements become much more noticeable. Part 61 schools require 250 hours of flight time. For those who are training at a Part 141 school, however, that minimum number of hours is reduced to 190. Now we're talking about 60 hours of training less, which is a significant amount of time that you'd be saving. This leads us to the final category, which school is better for what kind of pilots?

Which Training is Better For Career-Oriented Pilots: Part 61 or Part 141?

This question has a bit of subjectivity built into it, but I think we can still make it pretty clear which one is better for different types of pilots. If you've read to this point, you might be able to guess what I'm going to say, but here goes. In general, Part 61 flight schools are better for private pilots and Part 141 schools are better for career-oriented pilots working towards earning their commercial certificate.

Part 61 schools are more affordable and have more flexibility built into them, making them ideal for someone who just wants to earn their PPL and fly around on their own. But if you want to make a career out of it, then the extra cost for a Part 141 school might be worth it thanks to the more structured curriculum, FAA oversight, and faster completion.

In either case, you'll earn the same license or certificate, and you'll be able to take to the skies. So get out there, and happy flying!

Scared Of Taking Off In A Plane: How To Fly Without Fear 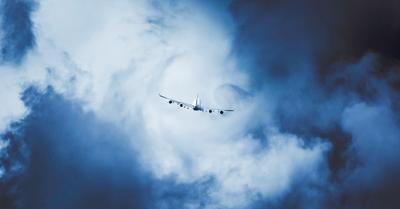 How To Perform A GUMPS Check Before Every Flight

Five Common Causes Of Pilot Deviation (And How To Avoid It)

When To Flare For Smooth Landings (Data By Plane)