‍The PA 28 Cherokee is a civil utility aircraft from Piper with a longstanding history in the aviation industry, which is why it’s still widely used today.

These are the 5 reasons to own a PA 28 Cherokee:

After extensively researching Piper aircraft, I have gathered enough information to determine the 5 key reasons to own a PA 28 Cherokee. My research has indicated that given how long the Piper PA 28 Cherokee has been in circulation, I would highly recommend thoroughly inspecting this aircraft when buying it used, as there could be any number of underlying issues.

Few names within the aviation industry carry as much weight as Piper and their PA 28 Cherokee is one of the most iconic planes that they have ever released. This aircraft is part of a family of 2-4 seater planes that have been in production for over 60 years.

The PA 28 Cherokee had its first flight back in 1960 and Piper has continued to manufacture this plane to this day - with consistent sales and solid performance across the board. This single-engine airplane was primarily designed for air taxis, flight schools, and private flying, which is why it is such a dynamic and versatile aircraft.

One of the most remarkable things about the PA 28 Cherokee is its outstanding track record. At the end of the day, if you can keep an aircraft in production for 6 decades, you have got to be doing something right. Piper’s ingenious design with the PA 28 Cherokee has made it a timeless classic among aviators and it rivals some of the most famous airplanes ever built such as the Cessna 172.

With that said, given the longstanding history that the PA 28 Cherokee has in the aviation industry, you can expect some features to be upgraded and modified over the years. Piper has re-designed the PA 28 Cherokee quite a bit since its initial launch in 1961. Upwards of 33,000 planes have been made - making this one of the best-selling aircraft of all time.

Since there are nearly 33,000 PA 28 Cherokee on the market, you may find that the plane’s specs and performance can vary a bit depending on the model variation that you assess. While this implies that you will have to carefully examine the specs of each model, it also gives you a lot more options to choose a plane that meets your flying needs.

If you are considering buying a PA 28 Cherokee as your next plane, you should be aware of the benefits that come with owning this aircraft.

The ongoing popularity of the PA 28 Cherokee is a good indication that this is a plane worth buying.

However, before you jump the gun and start evaluating your options, I recommend that you consider this plane's shining qualities to determine if it's the right aircraft for you. These are the 5 reasons to own a PA 28 Cherokee.

Whenever I look for a new plane, the first characteristic that I prioritize is reliability. If you are going to buy an aircraft, you need to make sure that it is a safe and reliable machine with a solid reputation in the aviation industry.

The full-metal body of the plane combined with its exceptional design are some of the main reasons why the PA 28 Cherokee has been so successful. However, most importantly, Piper built the PA 28 Cherokee with a Lycoming O-360-A1A engine.

Experienced aviators understand the value of the Lycoming O-360-A1A, as it has proven itself as being one of the most reliable engines of all time. An aircraft engine will not only dictate in-flight performance but will also determine how frequently you can expect to visit the repair shop to get your plane serviced.

A lot of planes that are released nowadays are built with more advanced features than the PA-28 Cherokee - especially compared to some of the older models that were introduced during the 1960s through the 1980s.

However, even new planes can lack enough testing to determine what kind of problems they may develop over time. The PA-28 Cherokee’s biggest competitor has notoriously been the Cessna 172 Skyhawk, which is one of the most iconic planes ever built - with over 44,000 models released.

Despite the Skyhawk’s numbers and credibility, it is still considered to be a less reliable aircraft than the PA-28 Cherokee. Ultimately, there is a reason that the Cessna 172 Skyhawk was discontinued and the PA-28 Cherokee is still in production.

Since the PA-28 Cherokee was introduced to the market in 1961, this aircraft has seen a lot of improvements and changes in design. Having a variety of PA-28 Cherokee models to choose from gives you a lot more freedom to be selective with the type of aircraft that you buy.

Each PA-28 Cherokee that was released has slightly different specs and performance capabilities. Some models feature a more powerful engine - whereas others may have a better interior design or advanced avionics.

This gives you the freedom to choose a PA-28 Cherokee based on your flying needs. These are some of the most common model variations of the PA-28 Cherokee:

If you know exactly what you want out of your Piper PA 28 Cherokee, then you should be able to find a model that suits your needs. However, if you are like a lot of people that are considering the PA 28 Cherokee as a first plane, you may want to assess the specs of each model more carefully so that you can find the right match.

With that said, Piper has expanded its design of the PA 28 past the Cherokee - with alternative model variations. To make the PA 28 an even more attractive aircraft, Piper released the following models:

This is another benefit of choosing a PA 28 for your next plane, as there are a lot of options to consider. If you are not sure about the Cherokee but like the PA 28 as a whole, you should evaluate the specs of some of the other models as you may find them more to your liking.

When Piper announced the PA 28 Cherokee, the plane was officially classified as a civil utility aircraft. A key characteristic of this Piper plane’s dynamic flight options is its range of passenger seating.

With so many model variations to choose from, you can find PA 28 Cherokee planes in 2 to 4-passenger capacity options. If you feel that 2 to 4 seats are not enough space for the number of passengers that you want on board, Piper released the ‘Cherokee Six’, which can, naturally, seat up to 6 people.

When it was first introduced to the market, the majority of people that bought the PA 28 Cherokee used it as an air taxi. This light aircraft was perfect for transporting passengers from point A to point B - especially with the aviation industry still being a relatively new concept for the general public.

If you are relatively new to flying and want a great starter plane that is safe, reliable, and intuitive, you should keep the PA 28 Cherokee at the top of your list. This aircraft has proven itself over the last 60 years as one of the easiest planes to fly, which is one of the reasons why its popularity and demand have not halted.

I particularly like that the PA 28 Cherokee’s controls are not overly sensitive, which makes operating the aircraft much more natural for beginner pilots. When flying a plane with sensitive controls, you constantly need to trim the elevation, which is tedious and ends up being more work for newbies.

However, the most important reason why the PA 28 Cherokee is a go-to for beginner pilots is that it’s easy to land. The landing performance of this Piper plane is fantastic, which is what I find people struggle with more than anything when they are first starting out.

If you want to buy a plane, you need to make sure that you have your budget together before making any serious commitments. Purchasing an aircraft can be incredibly expensive, which is often why the aviation industry can be so exclusive.

While buying a PA 28 Cherokee is certainly not cheap, it is a much more affordable option compared to many planes on the market. In general, you can find a PA 28 Cherokee from as much as $280,000 to as little as $20,000.

With that said, there is a huge spread in how much you can pay for this Piper plane, which mainly has to do with the condition of the aircraft, as well as how old it is. The best thing about the price range is that you can buy a PA 28 Cherokee based on your budget.

There are so many single-engine planes on the market that are upwards of $500,000 to $1 million (or more), which puts most options outside the financial reach of many pilots. The price range of the PA 28 Cherokee makes it one of the most affordable planes that money can buy - even if you are on a tight budget.

When it comes to buying a plane, there is no better way to guarantee its reliability than to purchase it new. There are plenty of great used planes on the market and although you should be good with most options available, you never truly know the history of the plane and this can ultimately affect the reliability of the aircraft.

Buying a used plane can often be a bit of a toss-up as far as prices go. The PA 28 Cherokee has been around for a long time and you can find some of the older models on the market for dirt cheap.

Newer variations of the PA 28 Cherokee will be priced quite a bit higher than this. Most options that I have come across are in the $80,000 to $120,000 range - with some costing considerably more. Naturally, these options will be in better condition - hence the increased price tag.

The one thing that you want to make sure of when you buy any used plane, regardless of when it was made, is that you thoroughly test and inspect it before you buy it. Used PA 28 Cherokees that have been around for decades could have a number of issues, which you do not want to discover while you are in the air.

If you are calculating a budget for your next plane, make sure not to overlook the variable operating and maintenance costs that come with it. Owning a plane comes with a hefty amount of annual fees and you can expect to make regular visits to the mechanic - especially if you decide to buy an older PA 28 Cherokee.

With that said, the variable costs of owning a PA 28 Cherokee are much more reasonable compared to a lot of other similar aircraft on the market - especially by today’s standards. Most people that buy the PA 28 Cherokee pay around $140 per hour.

This figure can fluctuate based on the price of fuel, as well as the condition of the aircraft - with poorly maintained planes costing more to repair. To ensure that your variable costs stay reasonable, take your PA 28 Cherokee in for routine checks, and don’t neglect your TBOs. 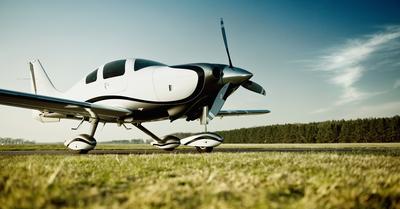