What Is a Deadhead Pilot? (Meaning & Details)

Deadheading is one of those odd terms that you might not know what it means. In this guide, you’ll learn everything there is to know about deadhead pilots.

It sounds like a bit of an ominous term at face value, but deadheading isn’t really as bad as sounds. It’s a term that’s actually used in a number of different industries, but it’s prevalent in aviation. But if you’re relatively new in the industry, or you just haven’t heard the term yet, then you might be wondering what a deadhead pilot is and what it means to be one.

A deadhead pilot is simply a pilot that’s flying on a plane as a passenger on their way to or from an assigned route. For example, if your home base is Atlanta but your next assigned flight is from Chicago, you might have to take a deadhead flight to get there. Just like a passenger.

Deadheading as a pilot is a term that might be new to you. It's not something that most people know about. In fact, I had never even heard the term myself until I became a pilot and got deeper and deeper into the world of aviation. So what is a deadhead pilot and what does deadheading even mean in general? In this article, we will discuss everything you need to know about deadhead pilots!

Our goal here at SkyTough is to be the number one site on the web for aviation content. We strive to provide you with nothing but the best information with the utmost accuracy. To do this, we combine our own vast knowledge and expertise with research and input from other experts in the industry. This way, you’re sure to get the information you’re looking for.

‍What Does It Mean To Deadhead On A Plane?

Although it might be a bit of an advanced pilot term that you haven’t heard yet, deadheading on a plane is simply the act of flying as a passenger on an aircraft that isn't your assigned flight. In most cases, pilots will deadhead when they're traveling to or from their home base. Deadheading can also happen when a pilot needs to get to another airport in order to fly a different plane.

Basically, if you have to fly to or from a different location due to an assigned flight, your airline might schedule you a deadhead flight. Many times, your routes will be aligned so that you fly consecutive routes from airport to airport and end up back at your home base when it’s time to go home.

But of course that isn’t always possible 100% of the time, which is when deadheading comes into play. This isn’t just reserved for pilots either. In many cases, there can be an entire deadhead crew on board that is headed back to their home base after a different flight or heading away from their home base en route to their assigned flights.

So if they’re not flying the plane, what do deadhead pilots even do while on the plane? Are they treated the same as the other passengers on board?

What Do Pilots Do While Deadheading?

For the most part, deadhead pilots essentially do the exact same things as other passengers on the flight. They sit in the cabin in their assigned seat, follow all rules and safety protocol, and eat and drink the same food and drinks as passengers. They even have to deal with all the same issues the rest of us do — cramped space, crying babies, and less than friendly passengers.

That said, pilots that actually have deadheading experience know that it’s really not the same thing as just being another passenger. After all, you’re still on the clock and still getting paid, so you have to stay professional and represent the airline in the right way. Outside of that, many of the other passengers are almost certainly going to treat you slightly differently, for better and for worse.

I wanted to specify that passengers might treat you a little differently since technically, airline employees shouldn’t give you any special treatment while deadheading. Passengers, however, aren’t limited by the same professional rulebook and human resources team, so they can (and often will) direct more conversation and questions your way.

Most of the time, this extra attention from other passengers is not a bad thing. The vast majority of people will just be interested in what a pilot is doing sitting with the passengers since, as I mentioned, deadheading is not exactly common knowledge. So more often than not, it’s just a bunch of harmless questions from curious people. No sweat.

Staying with the positives, next up we have the kids that always seem to be enamored by pilots. Think back to when you were a kid and how badly you wanted to become a pilot. If you’re deadheading, kids (and the adults alike) have the unusual chance to talk to a pilot up close and personal. Seeing kids get excited to talk to you about flying and how great it is being a pilot is honestly something that never gets old!

Unfortunately, there are also always going to be some bad apples. People that have had a bad day with the airline or are worried about missing their next connection tend to direct their anger towards the deadhead pilot. Because you represent the airline and you’re one of the people that actually flies the plane, they think it’s all your fault. Alas, this happens in every industry, but it seems to be a bit more common for deadhead pilots.

Overall, deadhead pilots and regular passengers are equal, for all intents and purposes. But there are a few things here and there that will remind you you’re still at work!

Do Pilots Get Paid While Deadheading?

This is one of the most common questions that new or prospective pilots have about deadheading. Are they going to get paid? For the vast majority of airlines in almost every case, the answer to this question is yes. After all, it was the airline that scheduled your flights in such a way that required you needing to deadhead in the first place, so it counts as part of your paid time flying.

To make it even better, all major airlines pay you at 100% of the amount you would make if you were actually flying the plane. That said, this wasn’t always the case. Not too long ago, some airlines paid deadhead pilots just 50% of their normal rate, and unfortunately some still don’t pay the full amount.

But if you’re looking for a job as a pilot, you’ll almost certainly see “100% deadhead pay” or something similar listed on the job posting or the company’s website. It just wouldn’t make sense to deadhead a flight and be forced to spend that time away from your home and your family without being compensated for it!

Can A Deadhead Pilot Fly The Plane In An Emergency?

Yes, a pilot who is deadheading can still fly the plane in an emergency if necessary. This is because they are already familiar with the aircraft and they know all of the safety procedures. I’m not talking about one of the pilots on duty just wanting to take a break or anything like that. But in an emergency, a deadhead pilot is almost certainly the best person to take over the controls.

So now you know everything there is to know about deadhead pilots. As you can see, it's a pretty straightforward thing that actually happens all the time as an airline pilot. The good thing about deadheading is that you’ll usually get paid your normal rate without having to actually fly the plane, so it’s not all bad!

So next time you're on a plane and happen to see a pilot flying as a passenger, you'll know what's going on. Or if you’re starting your career as a pilot and see a deadhead flight coming up on your schedule, you know what it is. Good luck out there and thanks for reading! 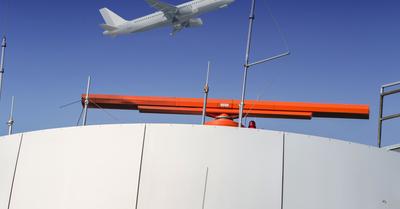 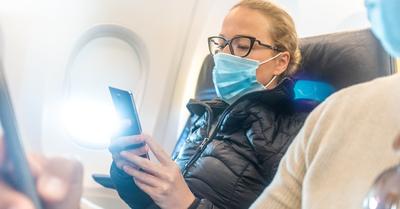 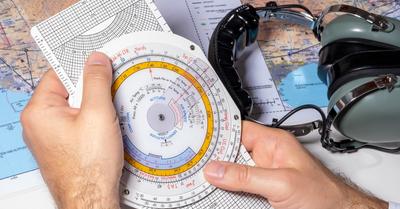