Who Was The First Female Pilot?

We all know that the Wright brothers are credited with being the first to fly an airplane. But who was the first female pilot to take to the skies?

Starting with 18th Century hot air balloon flights, women have been integral to the aviation industry since the beginning. Even with the Wright Brothers’ famous flight, their sister Katherine helped with the entire thing. But for some reason, women in aviation is something many people don’t know too much about. In this article, that all changes! You’ll learn who the first female pilots were, how many women are pilots today, and more.

At SkyTough, we pride ourselves on providing our readers with the most accurate information possible. With a topic like this, that involves a tremendous amount of research to really dig deep and sift through all the amazing female pilots over the years. Many of the names you see on this list may be names you’ve never heard of, but that’s what you’re here for! So sit back and enjoy learning about the first female pilot and the major milestones of female aviation.

Before we get into female pilots and who the first ones were in various classes of aviation, let’s go back. Way back to the beginning of aviation, when lighter-than-air flight was groundbreaking technology that would eventually lead to the incredibly advanced aviation industry that we have today.

The first instance of recorded flight in human history — regardless of gender — was a hot air balloon flight in 1783. This is worth mentioning because the first instance of female flight was the very next year. When in June of 1784, Marie Elisabeth Thible from France went up in a hot air balloon and became the first woman in history to leave the surface of the earth in an aircraft of any kind.

Over the next almost 140 years, the aviation industry would change and be entirely unrecognizable to anyone that was around during the very early days of aviation. Sure, most things in the world are vastly different from how they were in the late 1700s, but aviation is one that has improved exponentially.

And as you can see, women have been part of the process from the very beginning.

Who Was The First Woman That Flew In An Airplane?

If you’ve spent a bit of time here on SkyTough, you know that our main focus is on airplanes rather than any other type of aircraft. So we thought it’d be interesting to take a look a little further and see who the first female to ever fly in an airplane was instead of just any type of aircraft like the hot air balloon above.

Between the early days of lighter-than-air travel and the first instances of airplanes, over 100 years passed. But once the Wright Brothers made their famous flight in 1903, airplanes quickly became the number one aircraft on the planet. And less than half a decade later, women began getting in on the action as well.

In 1908, Mlle P. Van Pottelsberghe de la Poterie — a Belgian-born woman — became the first female to ever fly along in an airplane. The pilot, Henri Farman, ferried Van Pottelsberghe de la Poterie on a few short flights at an airshow in her home country. This was a big deal for women in aviation and quickly led to females becoming pilots themselves very shortly after.

Who Was The First Female To Ever Become A Pilot?

As you saw above, there were very early instances of women being involved in flight. From hot air balloons in the 18th century to flying in airplanes early on. But these instances mentioned above are not actually of any women being a real pilot, since flying in a hot air balloon or being a passenger in an airplane don’t truly make you a pilot right away.

That then begs the question, how can we quantify what made someone a pilot in the early days of aviation so that we can determine who the first female pilot really was? Well, we came up with two criteria — solo flight in an airplane and obtaining a pilot’s license. With those criteria in mind, who was the first female pilot?

Thankfully, both criteria were actually met by the same woman — Raymonde de Laroche of France. In 1909, Laroche became the first woman in history to pilot an airplane entirely solo. She then followed up this first the next year in 1910, by being the first female in history to obtain a pilot’s license.

If one woman had been the first to fly solo and another had been the first to obtain a pilot’s license, then the discussion of the first female pilot could be a bit up in the air. But since Laroche was the first to do both, there is really no debate! Many people haven’t heard of her and she hasn’t been given the acclaim that she undoubtedly deserves, but Raymonde de Laroche is a pioneer in aviation and helped pave the way for females in this industry.

Who Is Raymonde de Laroche?

Now that you know Laroche is the first female pilot in history, you might want to know a little bit about her. So let’s take a quick look into her life and who she was so that you can get a better idea of who the first woman to ever perform a solo flight in an airplane really was.

Laroche was born in Paris, France in 1882. Her real name is actually Elise Raymonde Deroche, but she went by Raymonde de Laroche when she became an actress during her early adult years. Around the turn of the 20th century, Laroche gained an affinity for aviation and flight, inspired by what the Wright Brothers had done after seeing a demonstration in person in Paris.

Over the next decade, she befriended others in the industry and worked alongside an aviator who would help teach her how to fly. Then in 1909 as you now know, she piloted an airplane on her own, being the first woman to do so. In 1910, she earned a pilot’s license from the Aeroclub de France; another first for women.

She continued flying and working on new prototypes for the next 9 years until she co-piloted a brand new aircraft as a test pilot in 1919 at Le Crotoy airfield in France. Unfortunately, as the pair of pilots were bringing the aircraft back in for landing, the plane went into a nosedive and crashed. Both pilots were killed in the accident. It is unknown whether Laroche was flying or not. She was just 36 years old.

Who Was The First Woman To Become A Commercial Airline Pilot?

At this point, you know that women have been instrumental to the aviation industry from the start. But if you’ve ever flown commercially, you might have noticed something: the vast majority of flights you're on have male pilots. There is a decent chance that you’ve actually never flown on a female-piloted commercial flight. But there certainly are female pilots out there, so who was the first?

This one's a bit more debated than others since it depends on which airlines you classify as commercial airlines and which rank of pilot you deem necessary for this to count. For us, we wanted to know the first woman to become a pilot of a major commercial airline. And that answer is Bonnie Tiburzi.

Who Was The First Female Fighter Pilot?

When you think of the military, you probably think that the vast majority of those enlisted are male. And for the most part, you would be correct. Although more women are joining the military in recent years, it’s still heavily split towards a majority male population. In the Air Force, it’s typically around a 75/25 or 80/20 male/female split.

So although the majority of pilots in the Air Force are male, there are some female fighter pilots out there. The first woman to become a fighter pilot was Jeannie Leavitt, a current Major General for the United States Air Force.

Born in 1967 to a father who was enlisted in the Air Force, Jeannie Leavitt has had the military in her life from the beginning. Following her father’s footsteps, Jeannie joined the Air Force in 1991 and became a pilot. Soon after, in 1993 the US Government lifted restrictions on women fighting combat missions, and Leavitt began training in an F-15 Strike Eagle, eventually becoming the first female fighter pilot in history.

Who Is Amelia Earhart & Why Do People Think She Was The First Female Pilot?

So who was she and why is she so famous that you still remember her name all these years later?

She may not have been the first female pilot ever, but Amelia Earhart accomplished a first of her own. She is famous for being the first woman to fly solo across the Atlantic Ocean back in 1932, more than 20 years after Laroche (above) became the first female pilot. This feat put Amelia Earhart on the map as one of the greatest female aviators of all time and has helped her name remain well known almost a century later.

But her flight is not the only reason why most of us know her name. It also has to do with her strange disappearance. Just 5 years after her flight over the Atlantic, Earhart attempted a flight to circumnavigate the globe in 1937. Towards the end of the flight, Earhart and her co-pilot disappeared over the Pacific Ocean and were never seen or heard from again. She was officially declared dead in 1939, and investigations continue to this day, but to no avail.

How Many Pilots Today Are Women?

Throughout this article, we’ve talked a lot about how vital women have been to aviation since the very beginning. But if that’s the case, why does it always seem like pilots are men? No matter if you look at commercial airlines, private pilots, or even the military, it at least always seems like the pilots are males. Is this really the case or is it just confirmation bias?

According to statistics compiled by the Federal Aviation Administration, the table below shows just how few women there are in aviation. Keep in mind that this table does not include military pilots and that category “All” includes all pilots of any kind (except military), not just the other four categories listed.

As you can see in the table, the vast majority of pilots are male with only a small percentage (5 - 10%) of them being female in any given category. The great thing is that the highest percentage of women by far is student pilots, with 14.3% of them being women. That’s a significant increase over the typical numbers seen in the table.

That suggests that more and more women are deciding to become pilots to reap the rewards of such a great career, and these numbers can be expected to start shifting more towards women in the future. 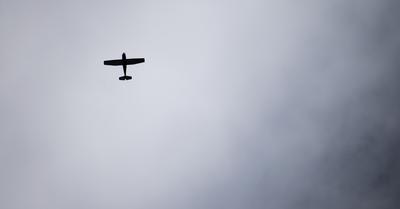 When Was Cessna Founded? 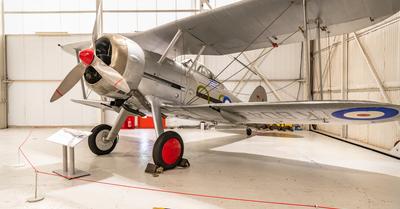